Terence Tunberg completed his doctoral studies in the Department of Classics and the Pontifical Institute for Mediaeval Studies at the University of Toronto in 1986. He began to devote himself to spoken Latin as a graduate student and has since then regularly taken part in seminars for spoken Latin in Europe and North America. In 1998 he was elected fellow of the Academia Latinitati Fovendae, the Rome-based international organization for maintaining the use of Latin. He has moderated the Conventiculum Latinum Lexintoniense, an annual immersion seminar in spoken Latin, for nearly two decades. Together with Milena Minkova he teaches in the Institutum Studiis Latinis Provehendis at the University of Kentucky, a two-year post-graduate curriculum in which Latin literature and Latin composition are taught entirely in Latin. He has published extensively on prose style in classical and Neo-Latin, and has won international prizes for Latin composition. Together with Milena Minkova he has written a manual of Latin prose composition. 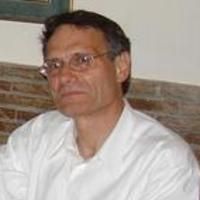