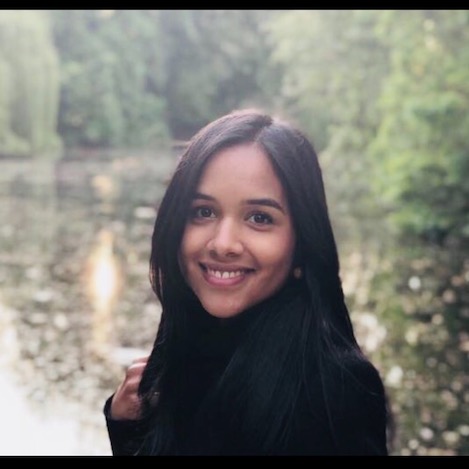 Visala is from New York City and received her A.B. in Classics from Princeton University in 2017. She then received a Masters in Classical literature/languages from the University of Oxford in 2018 with a focus on early Greek hexameter poetry and reception theory. She is particularly passionate about the study of religion in the ancient world and classical reception in the poetry of W.H. Auden and W.B. Yeats. In the past, Visala has volunteered as a coordinator and teacher for Aequora’s Princeton location. She is grateful for the opportunity to teach and study with the other Rome Fellows this year. 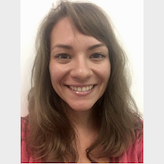 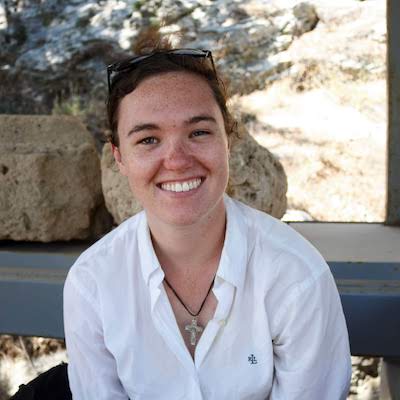 Meaghan is a graduate student at Brown University and has a B.A. in classics from Stanford University, where she wrote a thesis on the relationship between politics, poetry, and gender in Catullus. Her other interests include ancient religion, Latin and Greek syntax, intellectual history, and Red Sox baseball. She is an alumna of Living Latin in Paris (2016), and was a Rome Fellow (2016-2017).

Claire Cunningham is the Managing Editor of In Medias Res.  She has a degree in Art History from UC Berkeley, and her love of Greek statuary is what brought her to Paideia's door back in 2013, when she worked as an intern writing for Loci in Locis. She then continued with Paideia for several years directing its European programming, eventually leaving to finish her MA in English Literature at the Università Ca' Foscari. When she is not helping manage In Medias Res or assisting with other publications, she can be found working on her own independent writing projects.
× 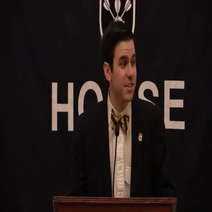 A native Kansan, Tyler received his AB from Harvard, where he founded a debate society and wrote a thesis on Roman poetry. After graduating from that venerable Puritan institution, Tyler fulfilled his lifelong dream of studying amongst Oxford's gothic spires. When he was not punting on the Cherwell or enjoying tea and scones, Tyler read Aristotle's Ethics in Greek and wrote a master's thesis on the reception of Aristotle's Politics in early modern England. He is grateful to be spending the year surrounded by the Counter-Reformation splendor of Rome.
×

Meredith has a B.A. in Classics from the University of Iowa, where she wrote her thesis on witchcraft as featured in Horace’s early works. She organized a Latin summer camp at the Pentecrest Museums located on the Iowa campus with the help of Paideia’s Aequora program, and discovered a love of teaching. As an alumna of the 2015 Living Latin in Rome program, she is very excited to be back in the city. Her favorite part about the city is finding beautiful new places to write almost every day. 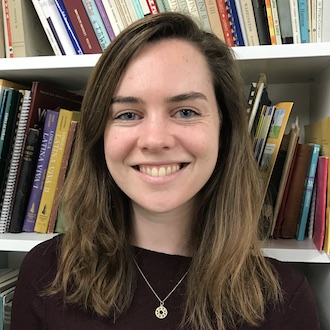 Amy is Assistant Director for U.S. Operations as well as a former Rome Fellow (2014-2015). She has an M.St. in Ancient Philosophy from the University of Oxford and an A.B. in Classics from Princeton University. She is an alumna of Paideia's very first program, Living Latin in Rome, 2011. She has taught as an assistant faculty member and also been Logistical Director for the Living Latin in Rome (High School) program. Based in the NYC office, she works on development, outreach, digital publications, and programs for Paideia.

Kristen is a Ph.D. student in UC Berkeley’s department of Italian Studies, where she also received an M.A. Prior to graduate study, she earned a B.A. in Italian Studies and Latin from the American University of Rome, worked for Paideia’s Rome office, and participated in FIDEM’s program in Medieval manuscript studies.

She specializes in late-Medieval and Renaissance literature and philosophy, with a background in Dante studies. Her current work is on the reception of Guido Cavalcanti in the circle of Marsilio Ficino.

Luby Kiriakidi is a Masters student at the Durham University Department of Classics and Ancient History. She is writing on cosmic wordplay in Varro's De Lingua Latina following her honors thesis on Cratylan wordplay at Cornell University, where she graduated summa cum laude in 2018 with a B.A. in Classics and the College Scholar Program. She has been hooked on Paideia since the 2016 Living Latin in NYC conference, and is an alumna of Living Latin in Rome, Living Greek in Greece, Living Latin in Paris, and the Rome Fellowship. Her hobbies include fencing foil and saber, playing the violin, and learning languages. She hopes to become a language teacher and theatre director. 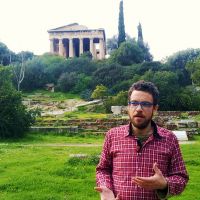 Ilias Kolokouris is a Ph.D. student in Classics at the University of Athens and New College, Oxford. He holds a ptychion in Ancient Greek and Latin Literature, and a Master's Degree in teaching Modern Greek as a foreign language. His thesis was on the tragic elements found in Aristophanes’ Acharnians. Master's thesis on Politeness Strategies and Gender in Refusals to Invitation - how to teach refusals to learners of modern greek. Ilias has taught for the University of Missouri Creative Writing Seminars on Serifos, for the Modern Greek Language Centre of the University of Athens and for Paideia’s Living Greek in Greece program. He also teaches at the Living Greek in Greece Highschool Program. His current research focuses on the reception of ancient Greek literature within modern greek Aestheticism prose and British Decadence in Oxford. Translation of "Women of Homer" by Oscar Wilde into modern Greek, will be published by Kastaniotis Publications in 2020. "Modern Greek For Classicists" from Paideia Press in 2020.
× 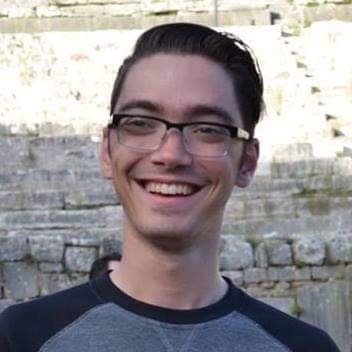 Gabe received a B.A in Classics in 2017 from Randolph College, where he wrote a thesis on the poetry of Virgil and Lucan. He lived out his junior year in Greece with College Year in Athens and later attended Living Latin in Paris (2016 –2017) and Living Greek in Greece (2017) with the Paideia Institute. Since coming to Italy, he has taken to studying Giambattista Piranesi’s etchings of 18th-century Rome. Additionally, he hopes to visit the World War II battlefields of Sicily and Southern Italy to pursue his abiding interests in military history. 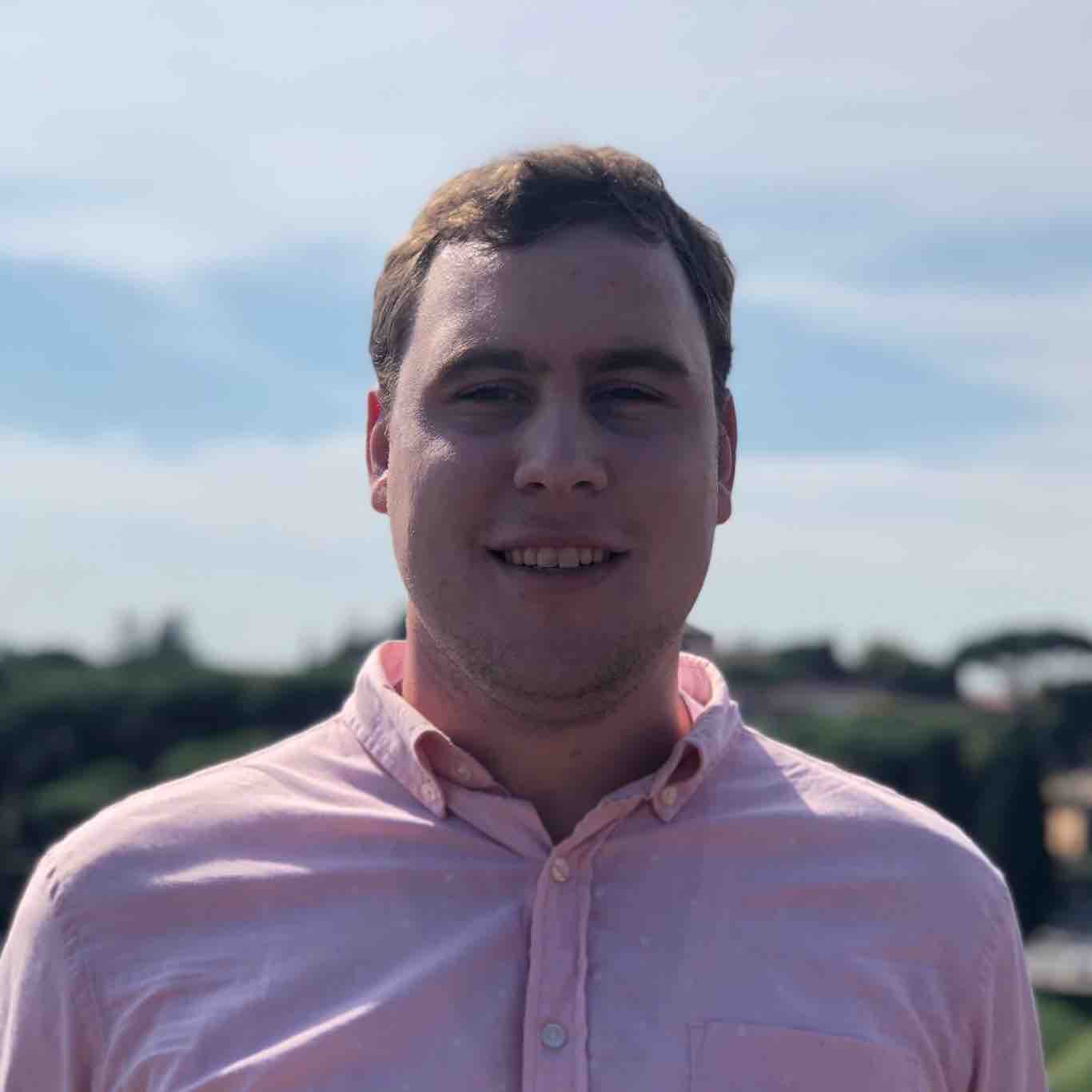 Brendan McGlone graduated from Wesleyan University in 2018, where he studied Classics and Medieval Studies and wrote an Honors Thesis on a 13th century book of Latin sermons. He then won Paideia's Rome Fellowship, living in Rome for a year teaching Latin and leading classical tours, before returning home to New Jersey to teach English and coach swimming at Seton Hall Prep. He also enjoys playing frisbee and guitar with his family and friends. 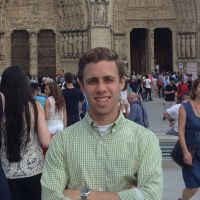 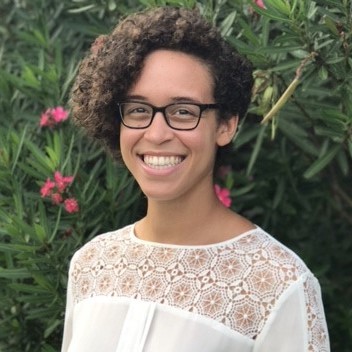 Samantha graduated as a Newcomb Scholar with a B.A. in Latin from Tulane University in 2018. While at Tulane, she published a case study on the Women’s Classical Caucus and presented her thesis on women’s roles in Catullus 64 and Statius’ Achilleid. The highlight of her 2017 Living Latin in Rome experience was reciting Cicero’s In Catilinam in the Roman Forum. When not engaged in Classics, Samantha enjoys attending Broadway productions and eating beignets in her hometown of New Orleans. 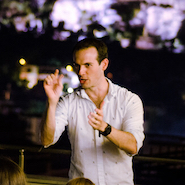 Alex is an Assistant Professor at California State University, Freson. He received his PhD in Classics from Princeton University. His interests include late antique Greek literature, ancient rhetoric and literary criticism, and animals in ancient thought. His dissertation is on the figure of the philosopher in the epistolary corpus of Synesius of Cyrene. He has taught at LGiG since its inception. 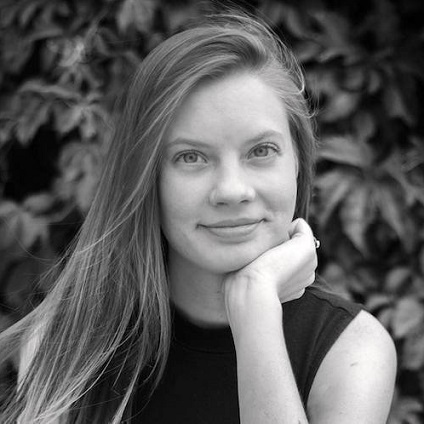 Amanda has a B.A. in Greek and Latin from Stanford University, where her interests ranged from Greek philosophy and tragedy to provenance research and museum ethics. She enjoys passing on her enthusiasm for the ancient world to her high school Latin students and intends to pursue a career in teaching following the fellowship year. When she’s not exploring the many corners of Rome, she spends her time waxing poetic about the Parthenon Marbles and Stanford football, always with a strong cup of coffee in hand.
× 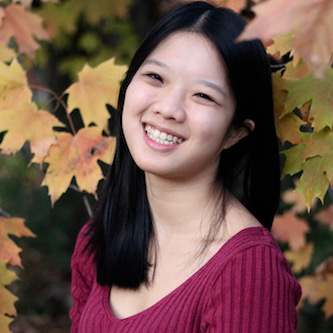 Allison received a B.A. in Greek and Roman Studies in 2018 from Vassar College, where she wrote a thesis examining the reasons and ways rape narratives are told focusing on Livy's Ab Urbe Condita. She attended the Paideia Institute's 2017 Living Latin in Rome program and was the Social Media Coordinator for the Online Public Classics Archive. She enjoys studying gender and sexuality in the ancient world, spreading her love for antiquity, and drinking good coffee.

Mitchell works as a full time Latin teacher, swim coach, and resident dorm faculty at Blair Academy. He served as Classics Tours Manager for Paideia from 2017-2019 during which time he led classical tours around Italy, Greece, and Sicily and administered the Living Latin in Rome High School and Living Greek in Greece High School programs. Earlier he was a Paideia Rome fellow from 2016-2017. An alumnus of Paideia’s Living Greek in Greece and Living Latin in Paris programs, he is a 2016 graduate of Williams College with a bachelor’s degree in Classics. He enjoys swimming and is currently learning to play the bouzouki. 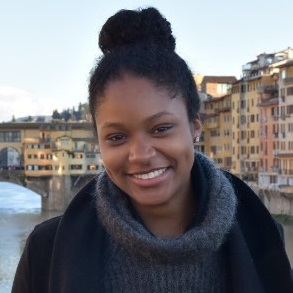 Rebecca graduated from Williams College in 2017 with a B.A. in Classics. While at Williams, Rebecca was a Mellon Mays Fellow. As a fellow she pursued and presented independent research on the ways that politically motivated acts of violence were discussed in Ciceronian speeches. Additionally, Rebecca enjoys studying Greek and Roman art and architecture. She attended Living Greek in Greece is 2016.
×

Logan has a B.A. in Classical Studies from Boston College, was a Rome Fellow at the Paideia Institute in 2015-16, and is currently pursuing an M.A. in Latin and Greek literature at Boston College. He has specific interest in Renaissance humanists and modern reception of Classical literature. He enjoys books of all sorts, language learning, and storytelling. He plans to continue to learn languages, explore world literature, and foster appreciation for Classical learning while teaching ancient languages.

Emma Wynne is a class of 2018 graduate of Christendom College with her B.A. in Classical and Early Christian Studies. While her interests are diverse, she particularly loves Virgil and Augustan poetry. In her free time, she can be spotted exploring new places, especially those with historical significance, music, and/or coffee. She is an alumna of Living Greek in Greece, and is excited to join the Paideia Institute in Rome.