The blood dispersed in the water.  Above it floated snapped ropes and mangled boards, flotsam, under a sky no longer Latin but Roman.  For here, off the coast of Antium, the Roman Republicans have displayed their growing might against the native population and have won--death to the Volsci, life and eventual empire to the SPQR.

Not all of the wreckage will find its way to the bottom of the sea.  Indeed, the part of the ship most sinkable was the one most coveted for trophies of and to triumph: the rostrum.  This bronze beak--Was it always bronze? Who knows?--affixed to the prow of ancient ships was used to ram the sides of enemy boats and send their crews to the deep, and after the battle was concluded, they were used the ram the victory down the throats of the victi.  From these conquered Latin ships came the Rostra we still admire in the Roman Forum, named for the prows affixed to its front--making ship of state metaphors too easy to deploy.  (There have been many iterations of the Rostra, but this need not concern us here; once the illusion of objects in the Forum is broken, one finds that most of the buildings in it are far newer and, often, far more reconstructed, with varying degrees of invention, than faith and love of ancient Rome can suffer without some disappointment.)

Rome’s future was to be filled with rostra, even before that dramatic victory at Actium.  Indeed, one Gaius Duilius, commander of the fleet, defeated the Carthaginians in the third century B.C.  For his victory and vanity was erected a column.  We might call it a Rostral Column, and it’s where our post really begins.  Here is a picture of it: 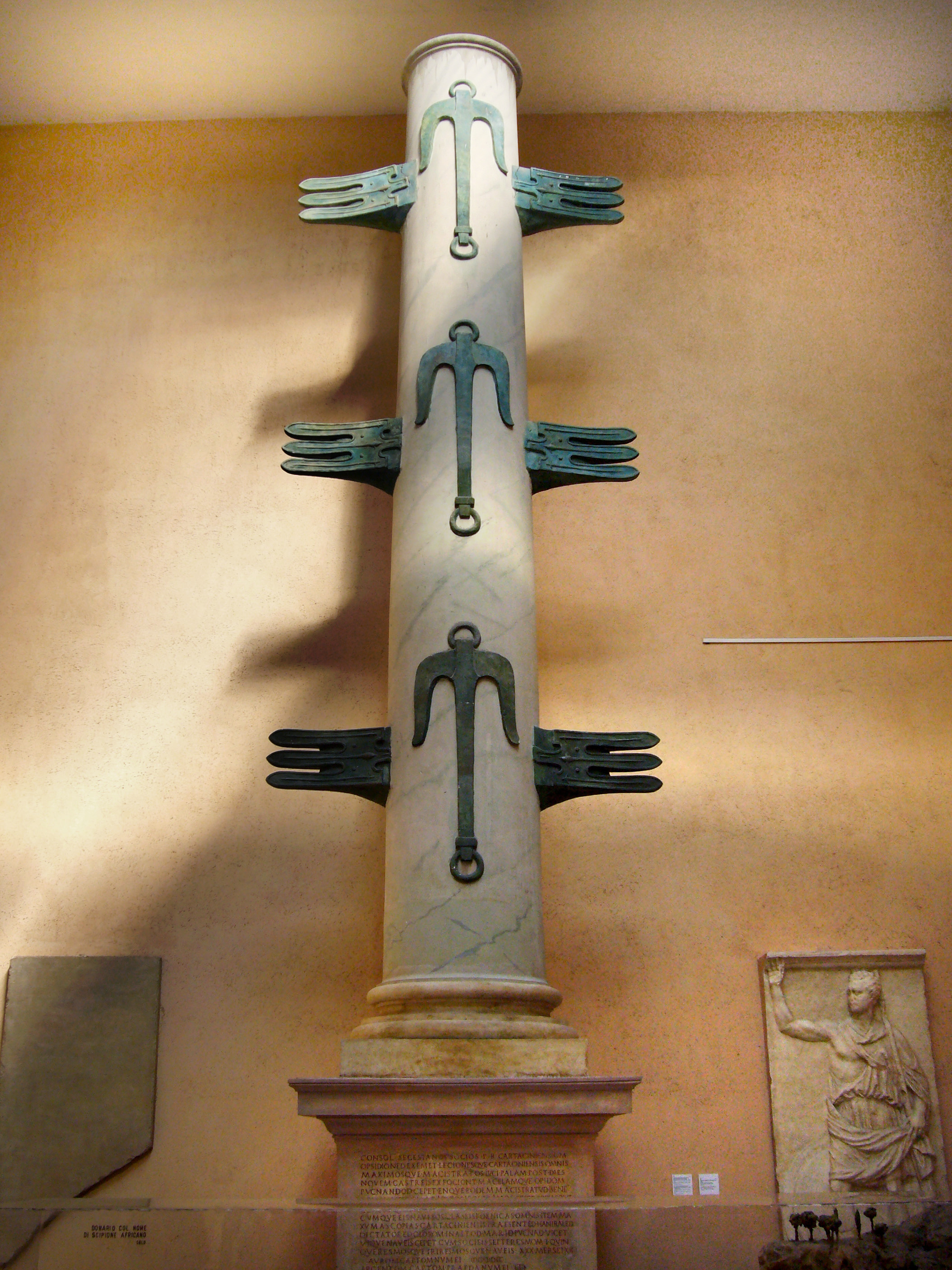 There is an inscription preserved on Gaius’s column, but unless you jump down to the notes, you won’t find it here.1  It features an old form of Latin, which, while comprehensible, distracts us too much from cooler, and much more apprehendable, things…

such as another instance of a rostral column, nay, two!  And not only are there two of them, but they are sculptural representations of rostral columns rather than the things themselves!  Talk about formal fluidity!

These pseudo rostral columns can be found in the Capitoline Museums (little did you know, but Gaius’s column inscription--a reproduction of the column alone remains in some museum in Rome--above can be found there, too!).  What do they commemorate in rather flat stone?  A naval victory, naturally, but one in more recent memory than Actium or the Battle of Mylae (v. Gaius Duilius): the amazing, ceaselessly bespoken Battle of Lepanto!

The hero of this naval battle between the Holy League and the Turks was Marcantonio Colonna, and his glorious deeds are praised in an inscription flanked by rostral columns (see picture below).  The inscription reads so:

Marcantonio Colonna was, to keep it simple, a boss, and he was rewarded as major CEOs are today: with a bonus. In his case, this came in the form of a triumph and a memorial to his eternal memory.  This is not the only praise to his memory to be found in Rome: in Santa Maria Maggiore, there appears to be a painting of his apotheosis in a small shrine.

More impressive rostral columns than those quasi-ones of Marcantonio can be found near the Piazza del Popolo on the slopes of the Pincian Hill, as the photograph shows. 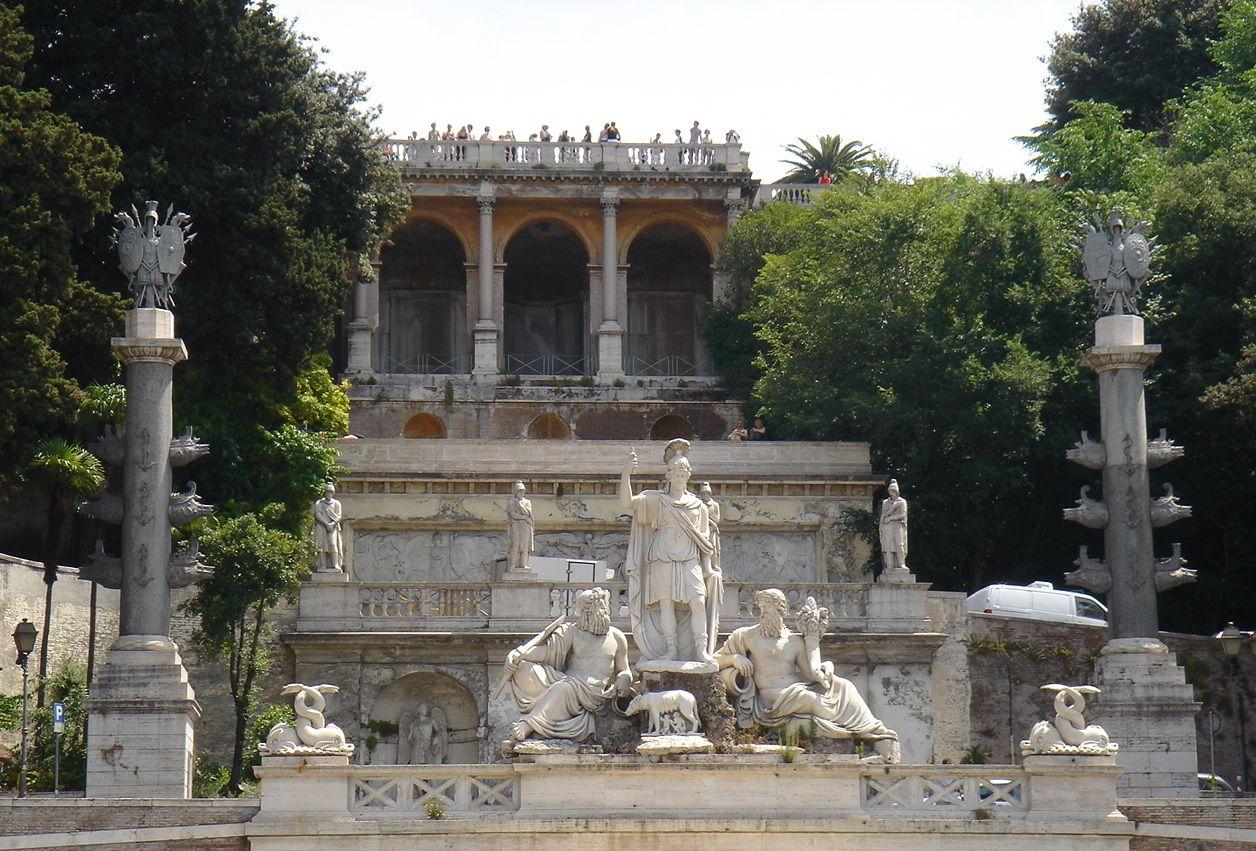 These, on the other hand, do not seem to celebrate a Roman naval victory.  They were erected by the plan of Giuseppe Valadier, a French architect who redesigned the Pincian during Napoleon’s rule of Italy.  I actually cannot say what battle they represent, being mostly unfamiliar with this period of time.  Nonetheless, they are a fun reminder of the rostral column tradition in Rome, stretching from Antium to Gaius Duilius to Actium to Lepanto.

Other cities boast rostral columns.  It will be no surprise that Venice sports one (picture). 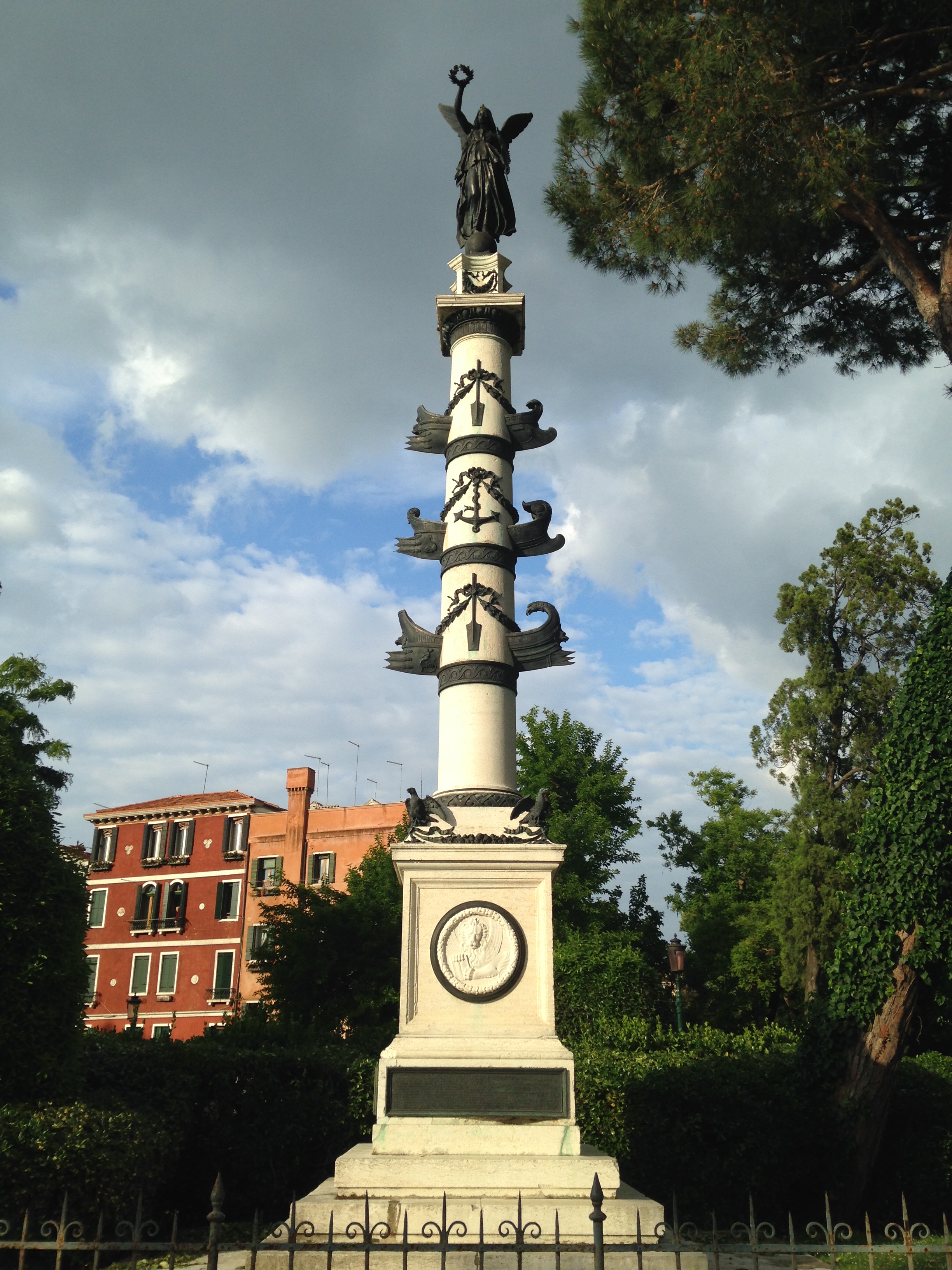 Nowadays, the rostral column has become purely symbolic.  But I think the form maintains some mysticism, some smell of sea salt and evocation of days when men fought with boats, bronze-prowed and otherwise.  Where are the naumachia today?  Where are the squeaking oarlocks?  Perhaps a new sort of rostral column will rise, one adorned with sea-to-air missiles and life preservers.  Until then, take a gander at the few remaining.  Here are three more (baby ones, featuring only one rostrum apiece) for the long trip home (to be found, again, in the Capitoline Museums.) 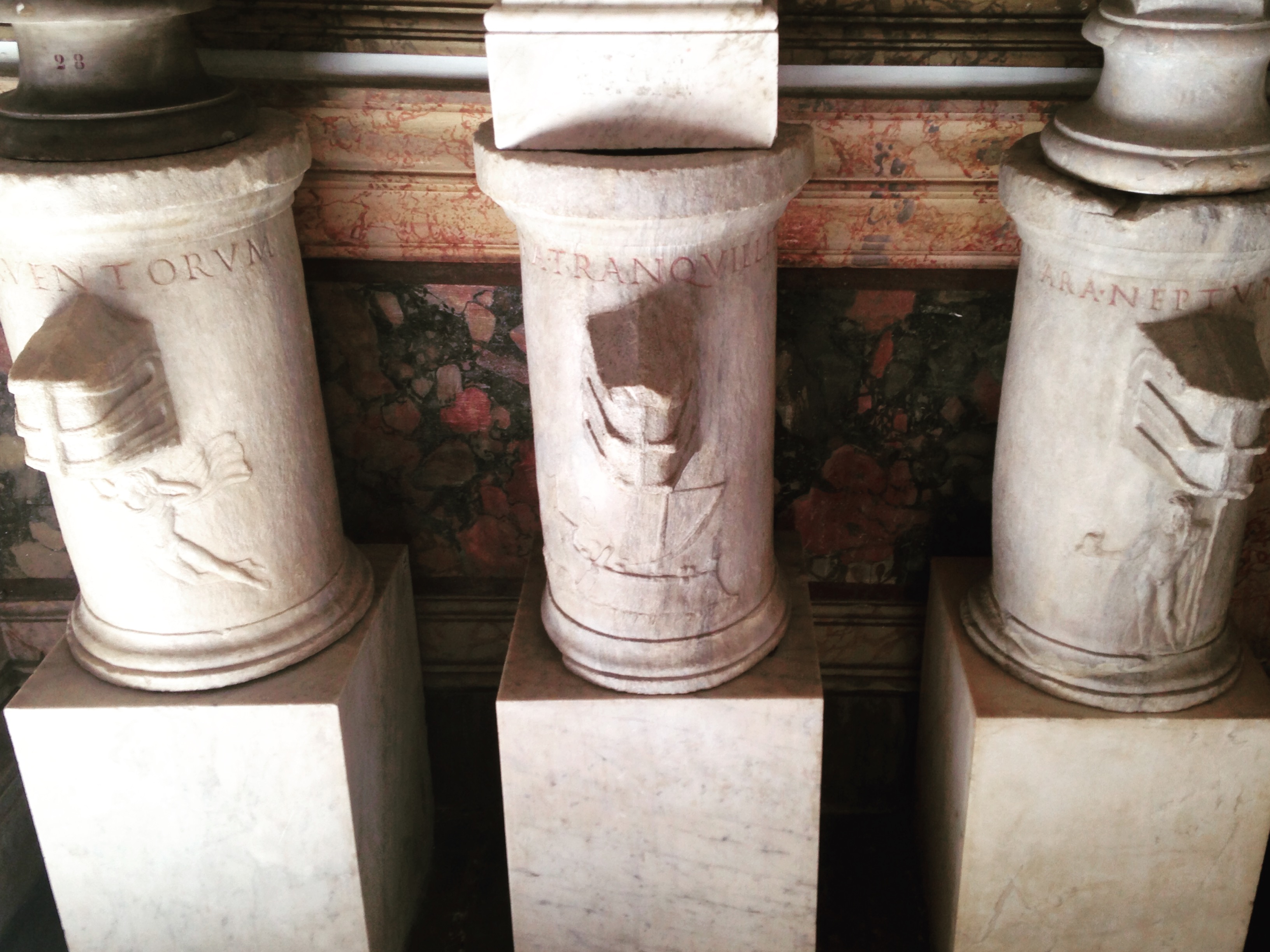 (2) *excuse the translation; the ride's a little rough.

Marcus Antonius Colonna, son of Ascanius and nephew of Fabricius, Duke of Tagliacozzo, in the society of Pius V Pontifex Maximus, King Philip of Spain, and the Venetian Republic, Marcus Colonna, Prefect of the pontifical fleet, with the Turks conquered in a sea battle on the Nones of October at the Echinades, with 600 ships rendered into his power, submerged, or fled, with 15,000 Spanish freed and 30,000 enemies killed and 10,000 captured, TRIUMPHED such a great victory, greatest of all that occurred on the sea, by the authority of the Senate and of the highest priest Pius V.  The SPQR decided for the eternal memory of this deed to establish a day of singing and triumphal feasting and to the writing and placing of this monument on the Capitoline so that it might be a testament and incitement towards greater emulation of the glory of the present age for posterity.  In offering and doling out these honors, it is clear that the old virtue and well-wishing is not yet absent from Romans.