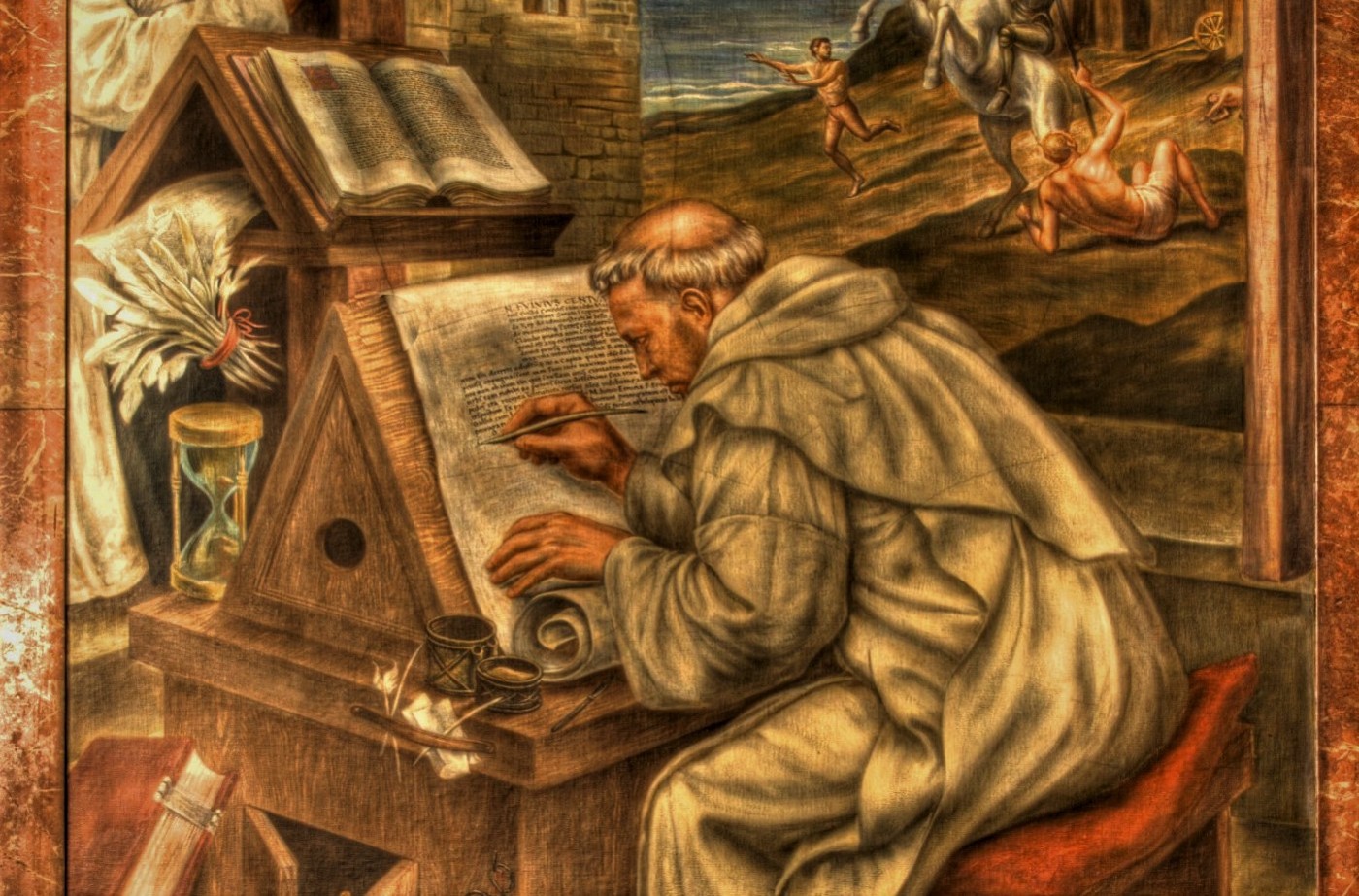 Last year, I created an edition of Perpetua’s Passio together with a group of high-school students: Mia Donato, Carolyn Engargiola, Eli Gendreau-Distler, Elizabeth Hasapis, Jacob Nguyen, Siddharth Pant, Shamika Podila, Anna Riordan, and Oliver Thompson. The edition, which will be the first in a series of student editions of Latin texts written by women, is available free online here. It is the first of what we call the Experrecta Series, student editions of women Latin authors.

Cover for “The Passion of Perpetua” (available here open access). The cover was designed by Arhan Surapaneni (10th grade). Collaborative publication, especially with students, is relatively rare in the humanities, but it doesn’t have to be. In the case of making a student edition of a Latin text, the bulk of the work is in drawing up a glossary and writing a commentary that explains the basic grammar: this is work that students can do, especially with appropriate scaffolding.

For our edition, which we made as part of an advanced Latin course, I divided the Latin text of the Passio into nine parts and had each student serve as section editor for their portion of the text. (The template for this edition was provided to us by Geoffrey Steadman, whose kindness we greatly appreciate.) Each section editor was responsible for providing the correct macrons, creating a glossary, and writing a commentary for their part of the text. After each stage they engaged in peer review, and I did a final revision for the whole. Then I wrote the volume introduction, which the students reviewed and revised in turn.

I have never seen students so engaged, and they exceeded my expectations at every stage of the project. Provided with real responsibility (and the opportunity for real credit — everyone’s name on the cover), they rose to the challenge. Even in the part of the project that I wrote, the volume introduction, the students’ feedback was more helpful than I could have imagined. They changed my mind about something significant on just about every page, and the introduction is richer for having been shaped by their voices and their concerns.

The project came off so well that we plan to repeat it annually. We have decided to start a new series, called Experrecta, which will be focused on Latin literature written by women. There is no shortage of Latin works written by women, but there is a shortage of elementary editions of those works. Our next edition, Isotta Nogarola’s Defense of Eve, will be out in June.

A sample page of the student-created edition of Perpetua’s Passio, available here open access. You might be wondering what publisher would take on an edition of a rarely-read author, which was co-edited by high-school students, and which will be given away for free. We didn’t know the answer to that question, so we decided to publish it ourselves. And we’re not the only ones: the teaching of Greek and Latin has experienced revolution in publishing, which has been enabled by print-on-demand technology. As my colleague Anna Pisarello has written, this enables a more inclusive approach to classics by expanding the limits of which texts are available, who they are available to, and who has the opportunity to shape how those texts are presented.

Print-on-Demand publishing requires very little in the way of overhead costs, which makes it an ideal venue for works that might not be profitable enough for a traditional publisher, no matter how valuable they are. A student edition of the Greek text of Galen, for example, probably won’t vault to the top of the New York Times Bestsellers List. But if it’s published print-on-demand, it doesn’t have to. This liberation from profitability has allowed print-on-demand to foster a renaissance of non-canonical authors and genres.

Print-on-demand has helped break a stifling dynamic that has existed between classics curricula and publishers: publishers are rightly hesitant to take on non-canonical texts because they aren’t regularly taught in schools; schools can’t easily teach non-canonical texts if there are no student editions of them.

Yet print-on-demand publishing is not pure upside. It leaves all editorial work to the author, which can result in some pretty egregious errors. No writer is their own best editor: you need an outside set of eyes, and preferably more than one. Different authors have approached this challenge in different ways. Some have sought out peer review from friends and colleagues. Others have asked for the aid of readers to find errors, since it’s never too late to make a change in a print-on-demand publication. In the case of our Perpetua edition, I sought out expert feedback from colleagues, but we also relied on the collaborative nature of the project: one advantage of having ten co-authors is that we also had a team of ten for reviewing, copy-editing, and proof-reading.

A page from Geoffrey Steadman’s Caesar Gallic War I Geoffrey Steadman (geoffreysteadman.com): Steadman was perhaps the first to realize the potential of print-on-demand publishing for student editions of Greek and Latin texts. Steadman also revived a format that had been dormant for almost a century: Clyde Pharr’s “visual vocabulary,” which involved having vocabulary and grammatical help on the same page (or a facing page) to the Greek or Latin text. This format had fallen out of fashion due to the belief that it simply made reading Greek and Latin too easy, and that students would never learn vocabulary if they weren’t forced to memorize it from lists or find it in a dictionary. Recent pedagogical fashion has now gone in the other direction, based on the belief that by making it easy to read Greek and Latin, students will be able to read and understand more of it. After all, it is probably the case that reading (and understanding!) more Greek and Latin is the best way to learn the language because it helps students internalize the grammar and vocabulary. Steadman publishes all of his editions under a Creative Commons license, which lets readers freely reprint and adapt the works, all of which are available for free online.

A view of the DCC edition of Seneca’s Hercules Furens Dickinson Classical Commentaries (dcc.dickinson.edu): DCC is an outlier on this list in that it is part of a larger institution (Dickinson College) and is more like a traditional publisher in its review and editorial practices. Yet DCC has a commitment to open-access publishing, and their wealth of pedagogical materials, which go far beyond simple editions, are all available for free online. They do have student editions, including editions for non-canonical authors like Epictetus and Bede. Only some of the editions are available as print texts, but it is notable that the online editions offer not just vocabulary and commentary, but also media related to the text, like maps, videos, and famous works of art. DCC also provides other teaching and learning tools, like core vocabulary lists, reference works, and various kinds of visual and audio resources.

An image of Faenum’s edition of Galen Faenum Publishing (faenumpublishing.com): Like Steadman, Faenum’s focus is on making Pharr-style commentaries, mostly of Greek and Latin texts, though they also have one Arabic edition. Faenum puts a specific emphasis on texts that fall outside of the traditional curriculum, like Galen and Apuleius. Faenum also offers some editions of facing Latin/English and Greek/English texts — not to mention a Latin/Greek edition of the Gospel of John.

An image of Emma Vanderpool’s novella Eumachia Latin novellas: Novellas written in easy Latin have become popular as a way to give students lots of experience reading comprehensible Latin. Over a hundred have been published in the last seven years, and these have overwhelmingly been done print-on-demand. Most of these novellas narrate versions of ancient history or myth, but there is a wide variety of genres, like murder mystery, science fiction, and choose-your-own-adventure. There is no one publisher of Latin novellas, although Lance Piantaggini helpfully keeps a complete list of all novellas here. Some of the most prolific publishers are Rachel Beth Cunning, Andrew Olimpi, Lance Piantaggini, and Emma Vanderpool. Unlike the editions made by Steadman, DCC, and Faenum, the Latin novellas tend not to be available open access, although there are exceptions, like Eleanor Arnold’s Cloelia. 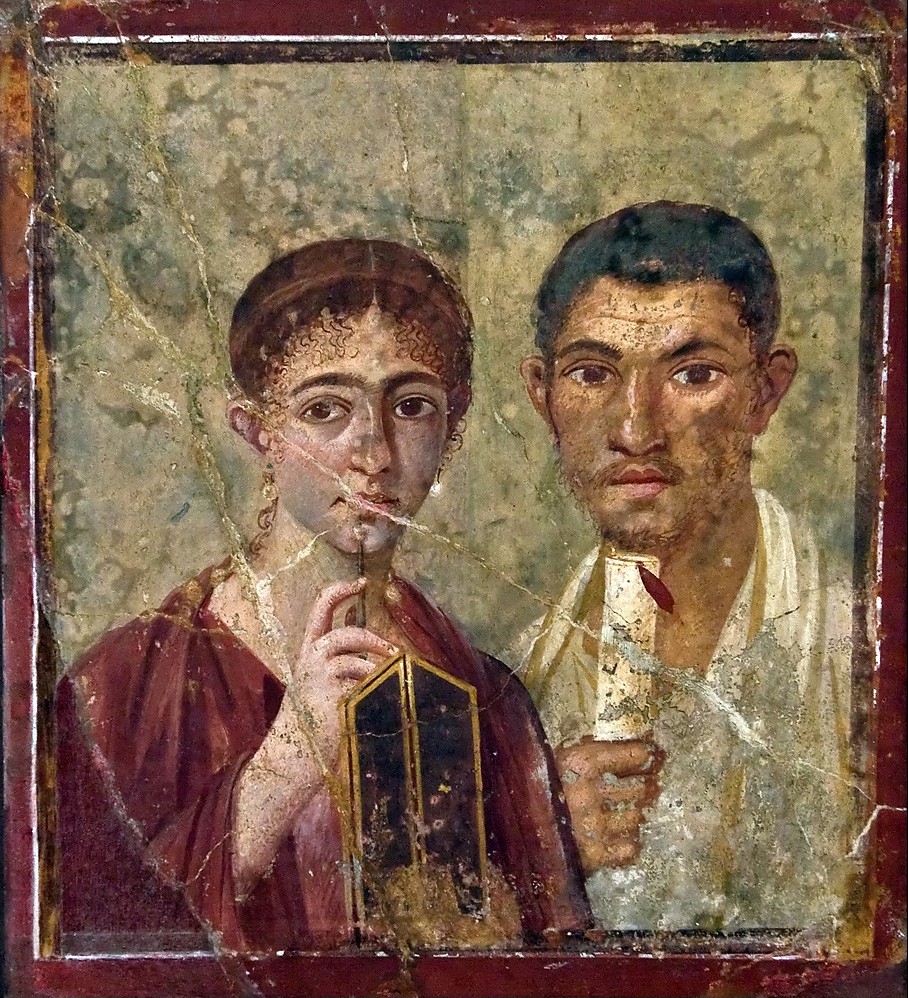 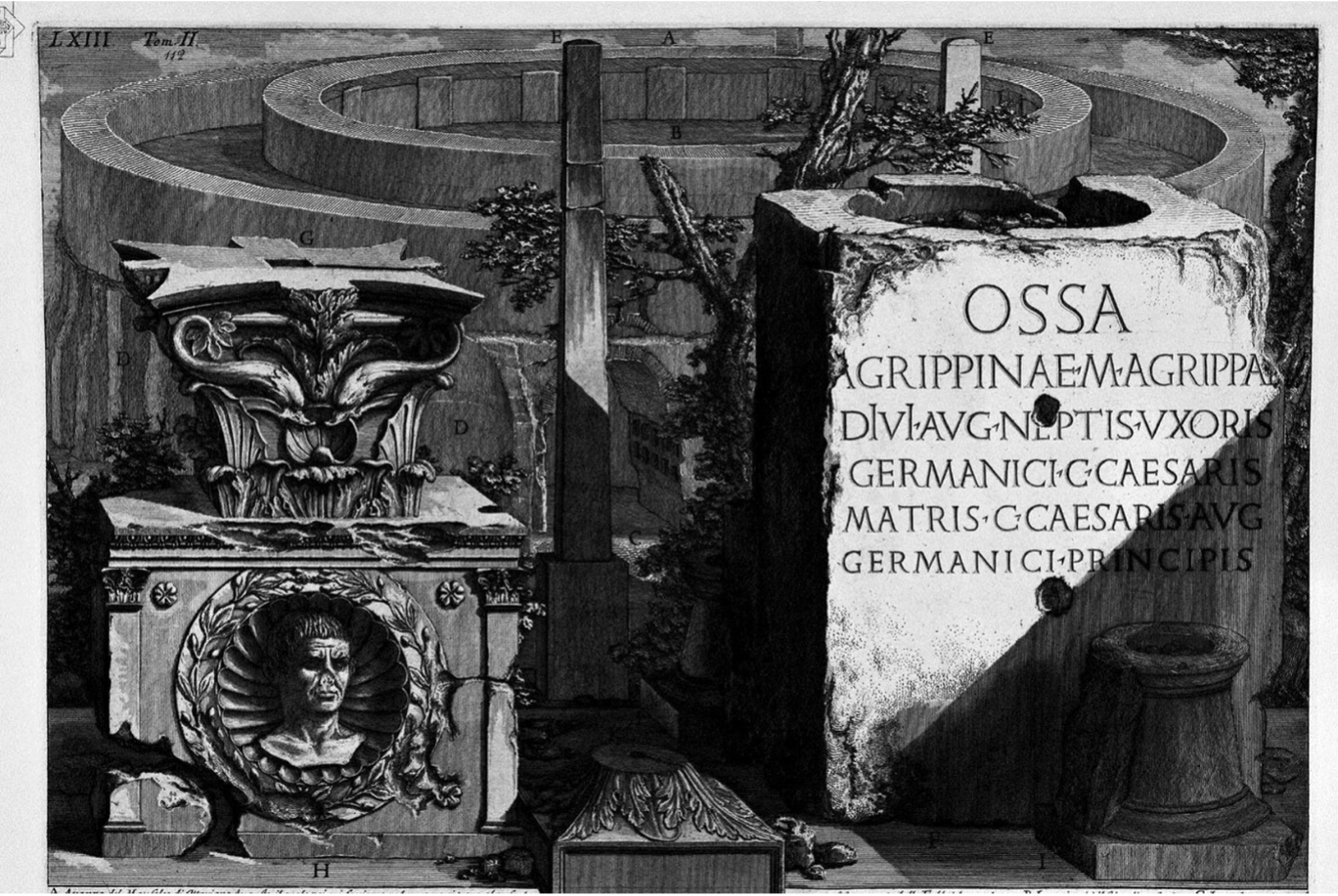