A few days ago I received an email from a student in a doctoral program in Europe, expressing wonder at the world of spoken-Latin pedagogy that had been opened to him after exposure to some of the articles on this site. He contrasted some of the positive initiatives current in the world with what he saw in his European university: “There, the Latin is taught so poorly that people simply don’t learn and do the minimum possible.”

Now this may not be an accurate assessment of what is happening at this student’s university — emotion colors all our judgements — but there certainly has been plenty of poor teaching, unlearning, and minimal efforts in the world of Classics, so it’s at least plausible. A continual thought of mine is what the next step will be: how to change the doom-flavored pessimism I hear so often from those in the universities, as well as how to consolidate the gains within the active-language Classics community. One of the directions that seems worthwhile is for the active-language people to get to know some of their own past a little better, to try to learn how to build a lasting movement.

Occasionally you will hear proponents of active-language pedagogy describe it as something that has happened in the last decade or two, but it’s worth knowing that this is not true. I now know that there was a Latin textbook published in 1967 by Wade Stephens and Emilio Springhetti (Springhetti was a Catholic Latinist active in Rome in the middle of the century; he was the speechwriter for Pius XII’s address “Lingua Latina Gloria Sacerdotum”) called Lingua Latina Viva, apparently all in Latin, published by McGraw-Hill. Obviously it didn’t succeed. A good question to ask now, fifty years later, would be “Why?” There may be some fatal flaw, or it may simply have been poor timing. Knowing the answer to that question might help us avoid similar errors.

An important lesson is that we should not lose hope. We do not know what crop will come of the seeds we sow. A generation before Springhetti’s effort — in 1939 — Fr. S. M. Stephenson, a Hungarian priest living in the United States, self-published his own solution to the Latin textbook problem, in two volumes. Volume one consisted of three parts: [1] A Brief Yet Complete Practical Latin Grammar, and [2] Classical Everyday Latin Conversations, [3] With A Latin Vocabulary Of Modern Terms. Volume two was known as Stylistic, Or A Critical Anthology Covering the Whole Field of Latin Literature.

As far as I know, these textbooks never gained any traction on any market. I don’t know if Stephenson himself had any particular professional success either. He moved from one Midwestern Catholic institution of higher learning to another — St. Meinrad’s, the Josephinum, and there is some evidence he might have been looking for a job at Notre Dame. Stephenson may have ultimately considered his efforts failures. But the Critical Anthology he wrote found its way into the possession of Fr. Conrad Fliess, O.C.D., who taught Latin for the Carmelite Seminary in Peterborough, New Hampshire in the 1950s. Fliess thought that Stephenson’s approach — which exposed students to more than one hundred authors, from twenty-five centuries of Latin literature — was the proper way to teach Latin to Carmelites, whose special charism is zeal and passion (“zelo zelatus sum pro Domino Deo Exercituum” is their motto). One of Fliess’s students was Fr. Reginald Foster, who brought Stephenson’s approach — reading authors from every era, treating them all as important, and exposing students to the whole breadth of the Latin tradition — to Rome. And from there it has gone all over the world.

I have put up Stephenson’s Critical Anthology on my own website, and I invite you all to download the file and use it (I now have a copy of Stephenson’s grammar too, which is much less interesting but I will put it up shortly as well). As a sourcebook for readings for your students you can hardly do better. 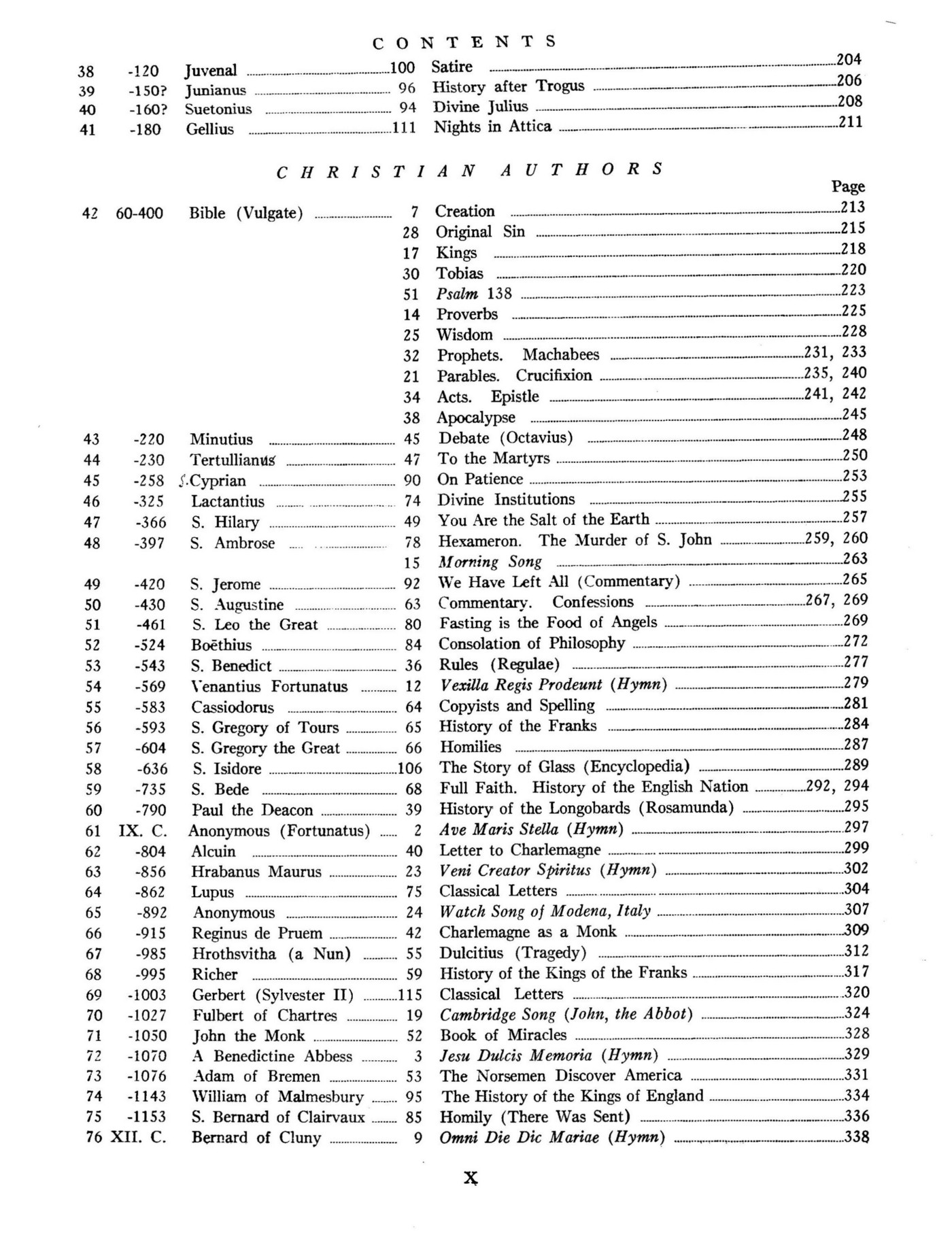 Even if you consider yourself well educated you’ll probably find some authors you’ve never even heard of. Lupus Servatus, abbot of Ferrieres, was a new one to me. This is him writing in the Ninth Century talking about collating the letters of Cicero and his version of Aratus, four hundred years before Petrarch! 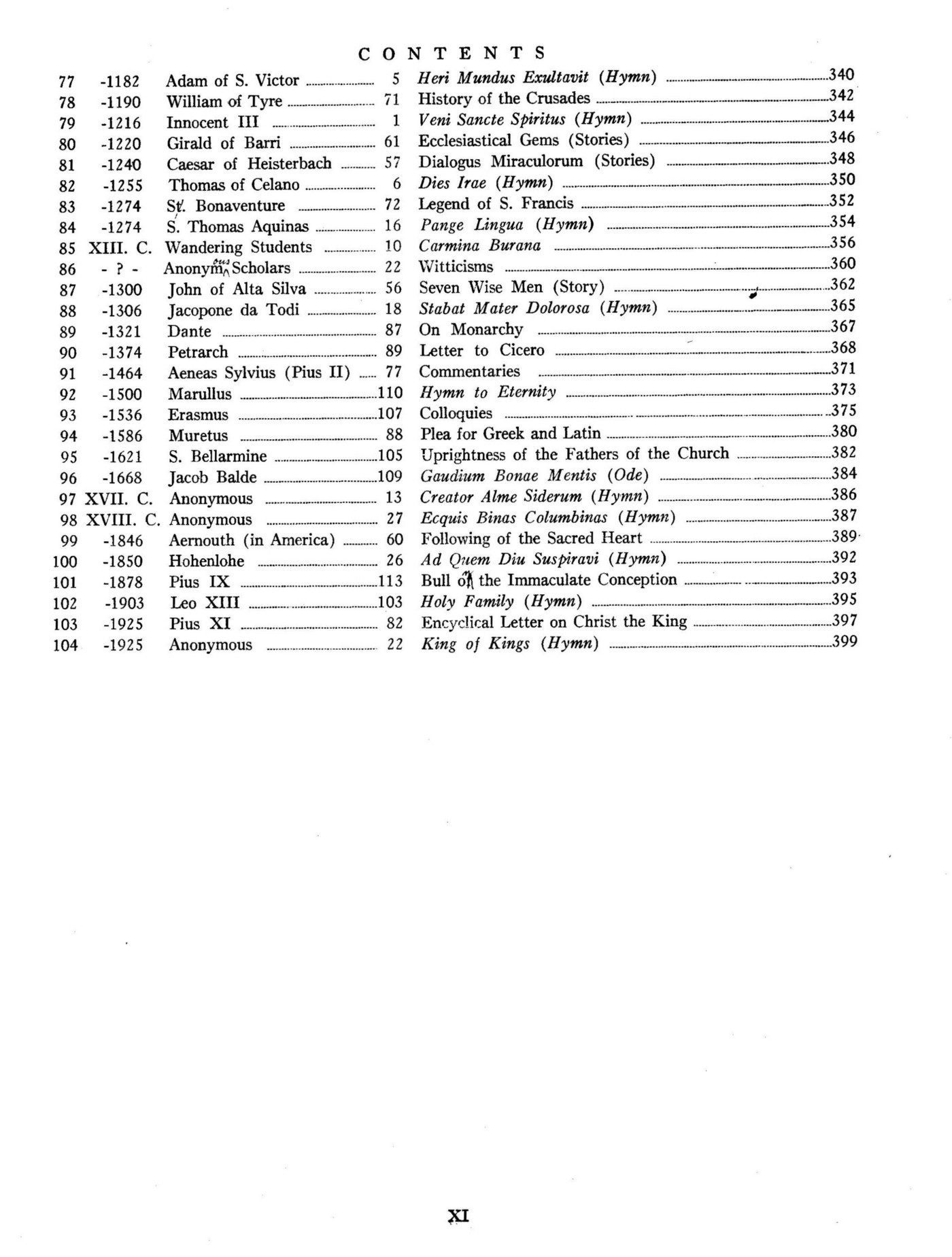 The book consists of excerpts from Latin authors, with accompanying Latin translations into “standard” Classical Latin, as well as vocabulary notes and English translations. The Latin to Latin translations are not always very useful or very well done, but I offer an image of the Cato reading where the standard Latin version is almost useful. It’s a fabulous idea still awaiting better execution. Many of the excerpts are remarkable. It’s easy to see how a young Reginald Foster was set on fire for Latin by this book. 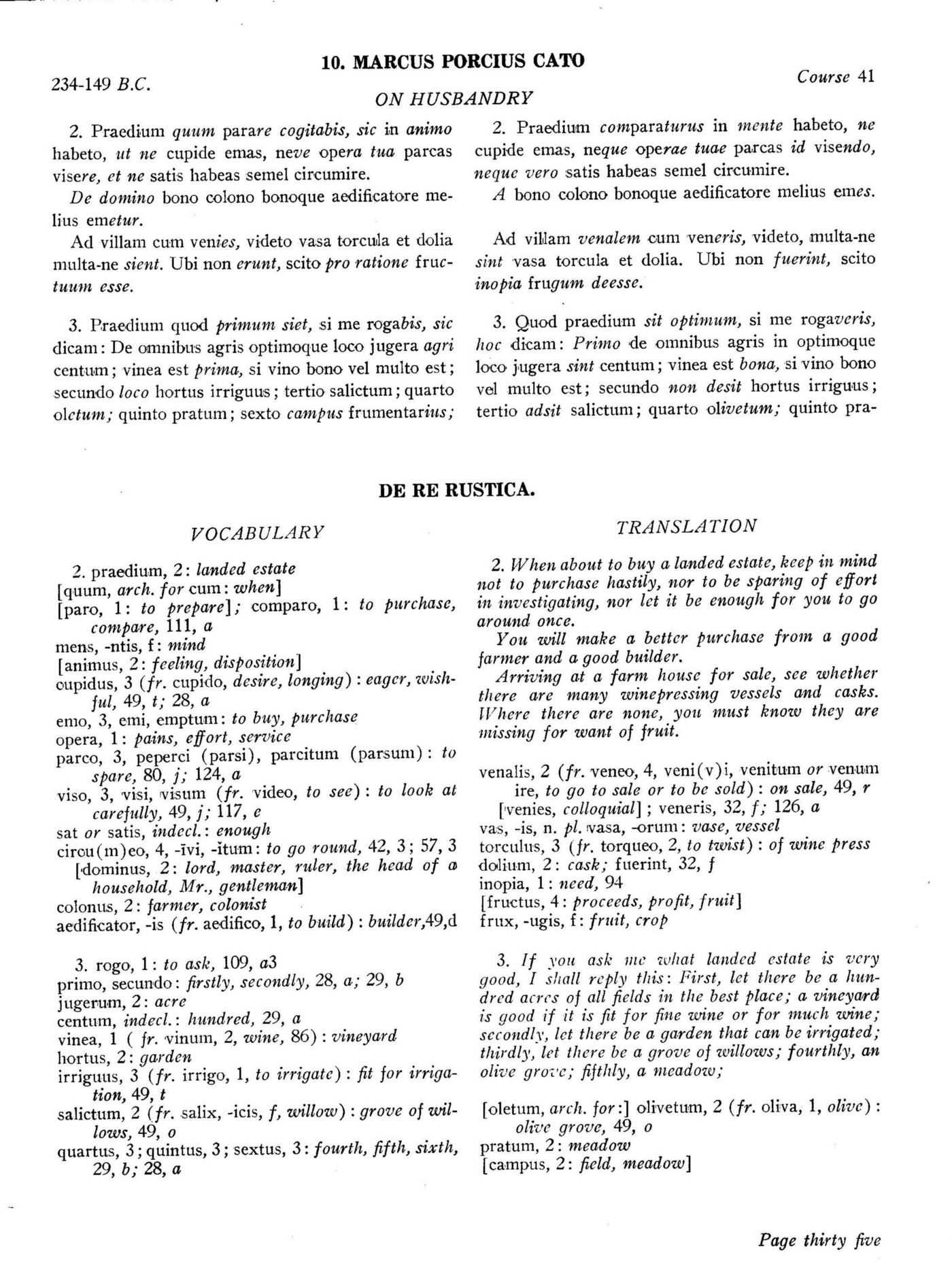 To me this is the exciting part of being in the middle, part of a tradition: you serve as a link between a distant past and an unknown future. Being a middleman is generally forgotten, unappreciated work. But it has its own pleasures, and if the seed you sow is good, it may redound, in ways you cannot imagine, to another generation’s benefit.

From Rome to Plymouth